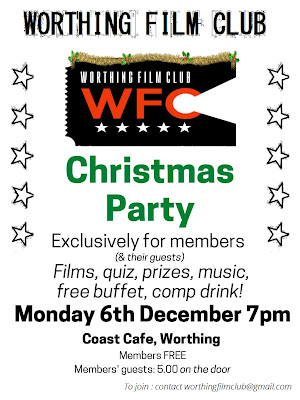 The time is almost upon us to make merry at the annual WFC Xmas Party! It will be at perennial fav Coast and doors open at 7pm. We really hope to see you all there, its been a while!There will be the usual WFC party fare - free buffet, complimentary drink, the annual film quiz, a selection of short films hand picked by the committee members for your delight and delectation, music and of course great company. Hopefully it will be a lovely ending to a not so great few years and the beginning of better times. We will be screening a fabulous Japanese film in January 2022 (date to follow later) called Drive my Car at the Connaught. Nominated for the Best International Feature in the 94th Academy Awards and Winner of the Best Screenplay at 2021's Cannes Film Festive it will be something you won't want to miss. Total Film gave it 4 stars and state that 'it is a journey well worth taking'. 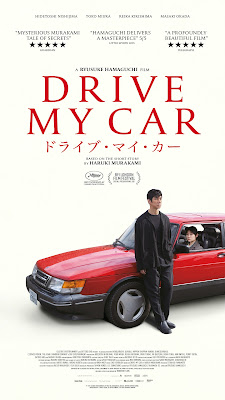 Watch the trail here: https://www.youtube.com/watch?v=6BPKPb_RTwI
We at WFC are really looking forward to seeing you all again firstly at the Xmas Party and at
all our screenings next year, in which we promise the usual excellence.Anyone wishing to join can turn up at the party or any of our screenings and join up there and then. Or if you wish to sign up before contact the club by email.
***Don't forget you can join our film club with membership still only £30 for a year of screenings! Pay cash or cheque on the night, with at least FOUR screenings at the Connaught included in your subscription PLUS use of our extensive DVD library, priority booking with any other on location or WFC screening and exclusive invite to our lavish Christmas party. You KNOW it makes sense!***

Posted by Worthing Film Club at 07:37