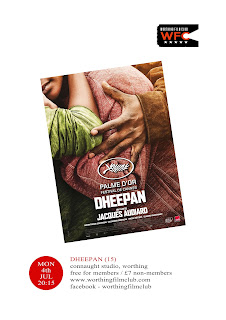 "Insightful and poignant...evoking a deep-textured universe of dirt, debris and squalor." The Observer

"Exhilarating movie mastery...impeccably crafted by someone for whom making films is as natural as breathing" The Guardian

Posted by Worthing Film Club at 16:28